User-generated content (UGC) has become an integral part of online spaces and the current field of journalism. Social media platforms and various other websites alike enable the public to have their say on matters through available comment boxes on their respective pages.

While it is always useful to have feedback from fellow readers and users, the ability to post comments on sensitive issues allow people to air their opinions and thoughts. As we know, thoughts and opinions have the potential to be somewhat biased which can create very combustible environments, even on virtual spaces.

With UGC’s enabling users to submit the likes of comments, photographs, videos and other forms of recordings, the potential for ‘open journalism’ is created. What this entails is very similar, almost identical to citizen-journalism whereby everyday ordinary citizens who are closest to ‘the news’ are able to capture and report the news (as is the case on social media). A proverbial news publishing ‘free-for-all’ environment would then be created, slightly chaotic if you ask me. 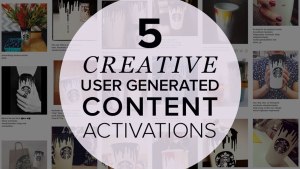 At first glance one would think, “That’s not so bad. People are allowed to have their say”, however the issue of credibility begins to surface. After all, what is news without credibility?

Comments between users available on these platforms can prove to be problematic at times where a few users disagree on a specific matter and things spiral out of control. We have all seen it happen online before, whether it’s between two celebrities on Twitter or two Facebook friends. The website owners, in turn can be held responsible for publishing the comments of their users which is a whole other issue on its own.

Apart from the possible negativity between users, there is the possibility of abuse toward the news agencies and the article writers themselves. Much like celebrities have to endure abuse on their social media pages, so too do some journalists and news agencies. In some cases, [open] ‘journalists’ blatantly abuse the writer without even commenting on the article on hand which has left plenty of writers infuriated and “traumatized”.

News agencies aren’t helpless to the defamatory comments made by online users as certain websites have set a limit on the amount of characters that can be used in a comment. Alternatively, some news agencies clearly specify that any new information in terms of multimedia be shared and that irrelevant content will not be used. http://www.niemanlab.org/2015/08/user-generated-content-can-traumatize-journalists-who-work-with-it-a-new-project-aims-to-help/

What this means is that the potential for ‘open journalism’ is limited but within understandable reason as some individuals abuse the tools and privileges that they are provided with. The growth of the concept of ‘open journalism’ is indeed inhibited but is a ‘necessary evil’ if will as people are still able to comment, just not as vividly as they would like.

2 thoughts on “News Agencies Take A Stand Against ‘Open Journalism’”